Is Adobe Flash Really Going Away? 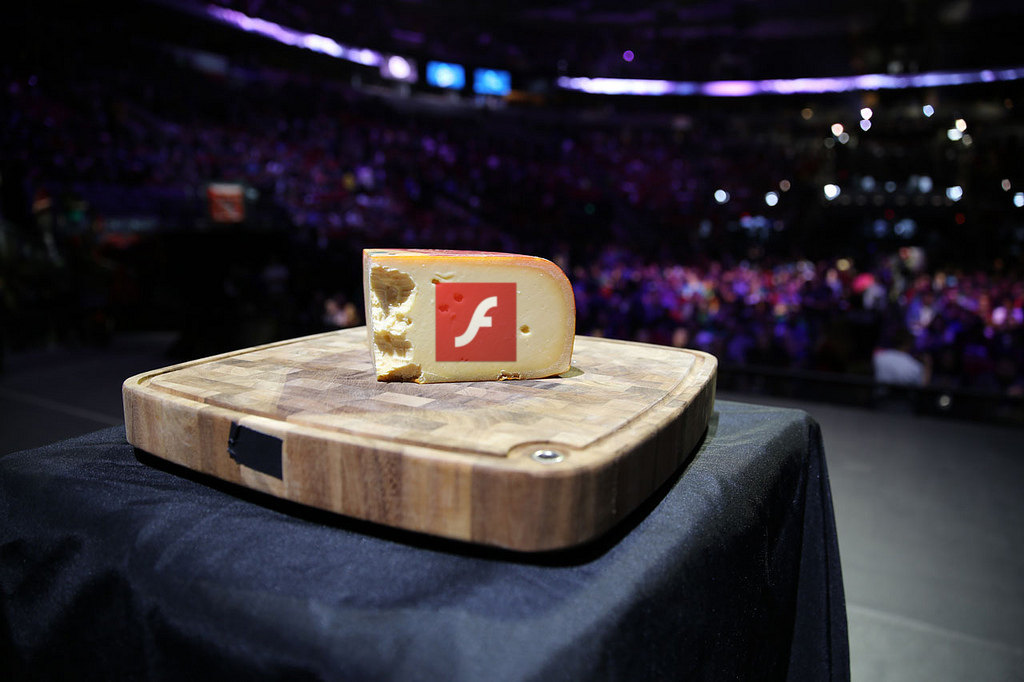 Remember the children’s song The Farmer in the Dell and how the cheese was the butt of that cruel, cruel chorus? Well, Adobe Flash has become the cheese.

Flash back (awful pun intended). The year is 2004. The last episode of Friends was on everyone’s TiVo, only college kids were on “the Facebook,” and all the cool websites had a Flash landing page. Good times right? Fast-forward 11 years and listen to the death knell sound for the passing of Flash. First, Facebook’s Chief Security Officer tweets this:

It is time for Adobe to announce the end-of-life date for Flash and to ask the browsers to set killbits on the same day.

Then just two days ago, Firefox decides to disable Flash by default.

The move to eliminate Flash in browsers is not so much a sudden rally, but more of a tipping point being reached. Flash has always been known to have security flaws, but it was put up with because you could do things with Flash that you just couldn’t do any other way (animation, games, videos, etc). But with the rise of the open-sourced and more secure HTML5, Flash may have finally outlived it’s usefulness.

Flash’s decline can actually be correlated to a rise in mobile. Steve Jobs publicly opposed the use of Flash, and refused to let it run on iPhones. Google followed suit with its Android OS, and Flash has been in steady decline ever since.

What if I have Flash on my site?

No need to panic. Flash support will still be around for a few years (probably). Basically there are just too many sites out there that still use it. However, if you can, now is the time to start replacing it.

Tech Tutors can help you replace Flash on your website.

If you’re not sure how to start phasing Flash elements out of your website, Tech Tutors can help. You’ll be able to consult with an expert on your best course of action. We can even implement the fixes for you.

If your site needs some work, but you're not sure where to start, let us help! Our web experts can help you diagnose and fix any web site problem you've got.

View more info
about this lesson